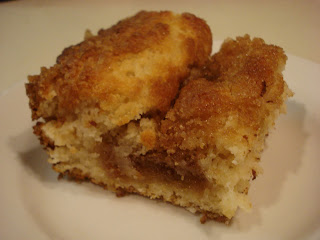 As my cookbook collection continues to grow ( yes, I bought two more yesterday!), I feel compelled..and downright guilty.. that I haven't made enough recipes from the books I already have! So having said that, I bring you the Cinnamon Flop Coffee Cake from one of my favorite vintage cookbooks, "Great Home Cooking in America" by the Food Editors of Farm Journal. 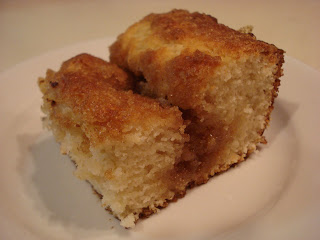 I love reading the comforting collection of recipes that originated in all parts of the world, yet have become popular American recipes today. Recipes that came from farm kitchens of America.
This coffee cake originates from the Pennsylvania Dutch Country and it's sometimes called Moravian Coffee Cake. It's easy to throw together, not using yeast in the dough. And it's a great quick cake to make for breakfast..or a snack cake any time of day.
As the cake bakes, the brown sugar cinnamon topping falls (or flops!) into the batter and gives a wonderful sugary crunch to the cake. It also gives the cake a funny face! Hey, maybe they should have called it Funny Face Cake! Whatever you call it, it's delicious! 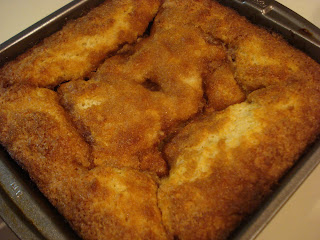 In a small bowl, combine the brown sugar, cinnamon and cut up butter pieces with your fingers to make nice crumbly crumbs. Then set this aside. 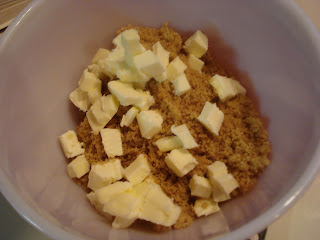 In another small bowl, whisk the flour, baking powder and salt and set this aside a minute. 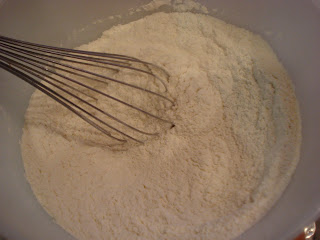 In a medium mixing bowl, using a hand held mixer, cream the shortening with the granulated sugar.
Then add the egg and vanilla and beat well to combine. 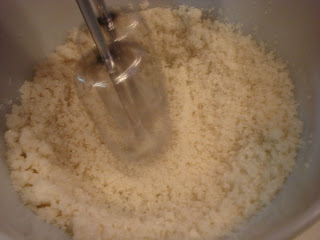 Using a wooden spoon or rubber spatula, stir the flour mixture into the creamed mixture, alternately with the milk... 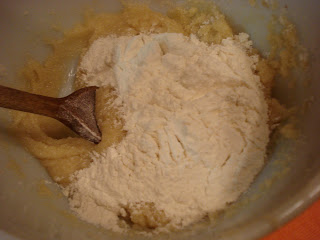 Beginning and ending with the flour mixture. 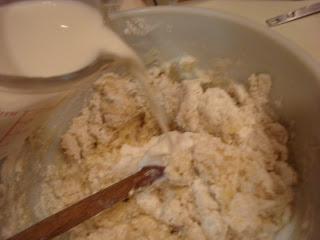 Pour this batter into your prepared pan. 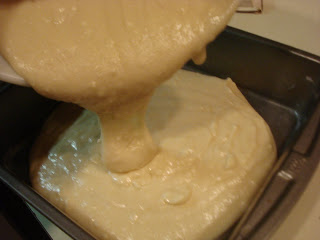 And sprinkle the top all over with the brown sugar/cinnamon mixture.
Bake 30 to 35 minutes, or til golden brown. 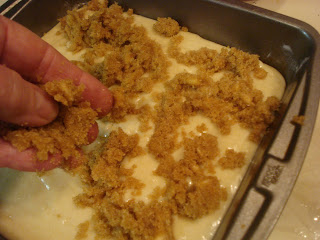 Makes 8 servings
1 cup brown sugar, firmly packed ( I used light brown)
1/2 tsp. cinnamon
1/4 cup unsalted butter, cut into small pieces
2 cups AP flour
2 tsp. baking powder
1/4 tsp. salt
2 tbsp. shortening
1 1/2 cups granulated sugar
1 egg
1 tsp. vanilla
1 cup whole milk
****************************
Preheat oven to 425. Grease an 8" square pan.
1. Combine brown sugar and cinnamon in a small bowl. Add butter pieces and mix with your fingers til crumbly. Set aside.
2. In another small bowl, whisk together flour, baking powder and salt. Set aside.
3. In a medium bowl, cream shortening, gradually beating in granulated sugar.
4. Add the egg and vanilla and beat well to combine.
5. Stir in the flour mixture, using a wooden spoon or rubber spatula, alternately with the milk, beginning and ending with the flour mixture.
6. Pour into prepared pan and sprinkle the top with the brown sugar/cinnamon mixture.
7. Bake 30 to 35 minutes, or til golden brown.
NOTE: While this recipe is delicious as is, I would make a few little changes next time.
I would cut the brown sugar down to 1/2 cup and add another 1/2 tsp.cinnamon.
( Just for the record, my son Kris disagrees and loves this cake just as is!)
And maybe..add a few chopped walnuts or pecans? Maybe? I'm just sayin'!