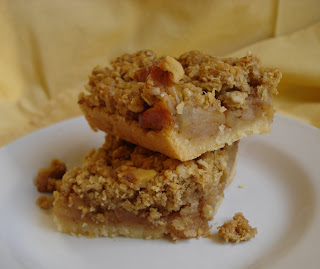 In yesterday's post I went on about this month being all about pumpkins but it's also all about apples and this recipe is a nice variation on Apple Pie. I found this recipe in an older issue of Food & Wine from, March 2008. Although the recipe turned out great and quite a bit like apple pie, it's many steps make it a little too time consuming . Perhaps it would be easier to make each step a day ahead and assemble the whole thing the next day...don't know...just sayin'!! Just a note...I halved the recipe because it seemed like way too much for just the 2 of us and the original called for 12 apples...that's alot of apples!! 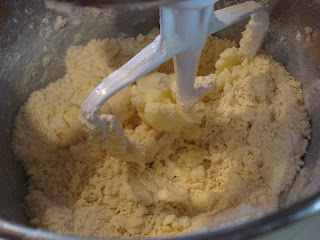 Step 1. Making the crust by beating with the paddle attachment in your mixer bowl. 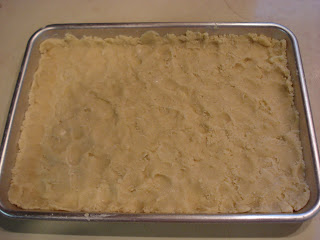 Pat the dough with your fingers into a sheet pan covering all the bottom and 1/2" up the sides. Bake, set aside to cool. 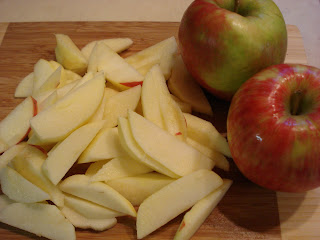 Step 2. Making the filling. This was the time consuming part for me as I do everything by hand!! Peel, core and thinly slice apples. I didn't have the Granny Smith apples so I used what I had in the fridge which was a combo of Honeycrisp and Gala. 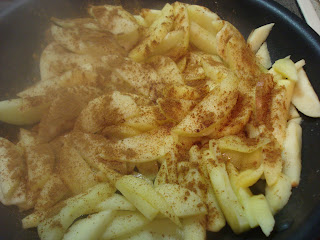 Put apples into a skillet with butter and cook. Add spices a little bit after and keep cooking!! This took longer than the 20 minutes.( More like 30 mins.) The apples released lots of juice so I scooped out the juice and saved it( it came to about 1/2 cup) and added it back in when it needed more liquid( instead of the water they tell you to use). 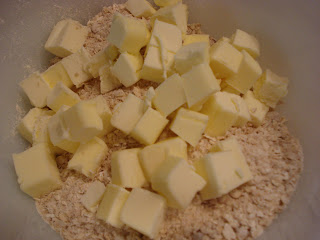 Step 3. Making the topping. I used my fingers to work the butter into the oatmeal and flour mixture. Your fingers get a real work out!! Add the toasted walnuts last. 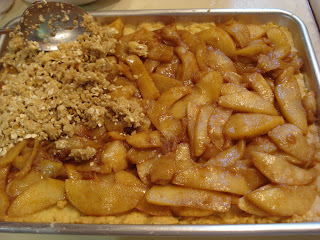 Once the filling has cooled and the topping is made, spread the apples out over the cooled crust and cover with the topping, pressing down slightly with your fingers.
Whew!! Like I said...alot of steps . I think it would have been easier to just chop the apples but I think the point was to resemble an apple pie!! Just remember to add one last step...a big scoop of ice cream !!
One final note:
My son Kris had a great idea!! He suggested to drizzle caramel over the top...yes I agree!!
Also, it's easier to cut these bars once they are out of the pan so perhaps a longer piece of parchment paper for handles, to lift it out, would be a good idea.